Innovative Foiling with no constraints

Quite simply, we aim to create the fastest beach launched catamarans, across all conditions and at all points of sailing.

Straight Boards – Slide them in for lighter airs, shallow waters and for recovering boat

By William Sunnucks “The AC75s are super impressive and challenging to sail.  But a catamaran platform would be oh so much more practical” In 2017 the Vampire… END_OF_DOCUMENT_TOKEN_TO_BE_REPLACED

The annual Round the Isle of Wight race provides an opportunity to find out.

It’s been a while since you have really heard from us other than through facebook and this post will be fairly brief too, some British weather has… END_OF_DOCUMENT_TOKEN_TO_BE_REPLACED

Having sailed the Moth for years I am no stranger to foiling and the speed but the Vampire just seemed to make very easy work of it!
The platform is incredibly stable and efficient, it simply ate up the dozens of miles of water we covered during the Eurocat Raid in Carnac. Consistently hitting speeds of 33knots racing just metres away from the other Vampire, that’s the fastest I’ve ever been!

William gave the tiller a pull and off we went! After mere seconds we were seeing upwind speeds in the mid-high teens and I was do my best to adapt and respond to requests for more and less righting moment.

I’ve sailed a couple of other foiling catamaran platforms, but nothing comes close to the raw power and speed of the Vampire.

William has been sailing and racing Catamarans internationally for 4 decades, in that time has become one of the most accomplished corinthian multihull sailors worldwide.

The Vampire Project was his brainchild and is described by him as a financially unsound investment that returns a lot of fun. 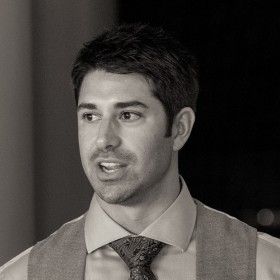 A long term multihull sailor and now foiling moth convert, Kyle has been able to bring added refinement to The Vampire Project.

Kyle’s focus has been on technical tuning, sailing technique and future development.

Graham is the boat builder and skiff sailor who made the Vampire work.

Based at Brightlingsea he is the fundamental link between the sailing and engineering side of the Project. 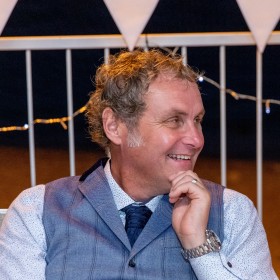 Mark has been sailing on and off with William for a very long time, he is the sort of guy you want around when it gets a bit lairy!

Mark’s profession is sail making and his Advantage Sails power the Vampire to ridiculous speeds in all conditions.

Kevin specialises in design and analysis of high performance sail boats, his most notable project is the Exocet Moth which has dominated for a number of years.

The Vampire Project is based on millions of calculations using Kevin’s VPP system which finds the best solutions without the need to get wet!

John has an array of Catamaran experience including the GBR Tornado squad in the 80s, read about his current A+ wing sail project.

2020 was a barren year for most sailing classes not least the Vampire. Boat 1 had some rudder gantry mods and a new mainsail with a few shakedown sails when allowed: unfortunately boat 2 didn’t touch the water. We plan to change that in 2021 if covid restrictions allow.

Here are the events The Vampire Project is looking to attend in 2021, lockdowns permitting.

“The Vampire rule is intended to give the designer and builder the fullest liberty to innovate, to develop faster and more sailable boats.